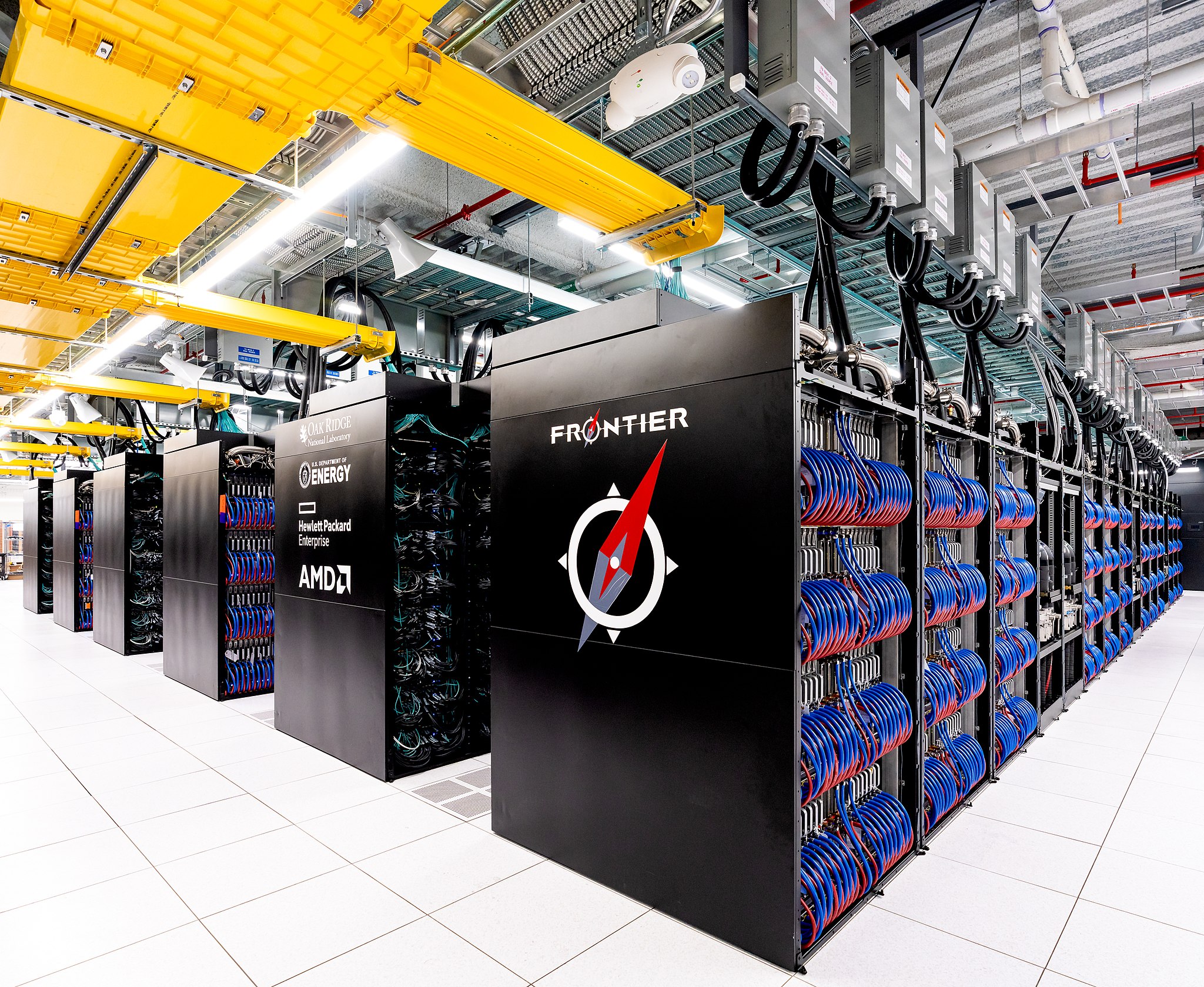 A UCL-led team of researchers is to use the world’s first exascale computer to identify a shortlist of potential new drugs for diseases and to better understand how stroke affects the brain.

The supercomputer, Frontier, at the Oak Ridge Leadership Computing Facility in Tennessee, US, is the first in the world capable of an exaflop – a billion billion operations a second. A team led by Professor Peter Coveney (based in UCL Chemistry and the Advanced Research Computing Centre at UCL) is among research groups who have won access to the new computer, secured through the INCITE (Innovative and Novel Computational Impact on Theory and Experiment) awards programme run by the U.S. Department of Energy’s Office of Science.

Professor Coveney said: “Frontier is a major step ahead of any other supercomputer in the world. It’s at the absolute peak of what is possible, opening up new areas of science that were previously inaccessible.”

The team will use Frontier for two projects. One aims to speed up drug discovery by using an artificial intelligence (AI) algorithm to screen millions of chemical compounds and identify the most promising drug candidates that can then be tested in a lab and potentially fast-tracked to a clinical trial.

In a second project, the supercomputer will be used to simulate blood flow in the brain in the seconds following a stroke. The team will build digital replicas of a part of the brain, the circle of Willis, using data from high-resolution imaging. They will simulate blood flow following different scenarios of blockages in the arteries, looking at how this changes pressure on artery walls, and inferring which areas of the brain are likely to be affected by the stroke most.

Professor Gina Tourassi, director of the National Center for Computational Sciences, which houses the OLCF, said: “This is an exceptionally important year for us. Users now have access to a machine nearly ten times as powerful as our previous flagship system.”

With their INCITE proposal assessed for computational readiness and scalability of the project codes, Professor Coveney’s team were awarded 520,000 node hours on Frontier, which is 50 times faster than the most powerful computer in the UK, and 75,000 node hours on another supercomputer, Polaris at Argonne National Laboratory. The award commences on 1 January 2023.

Professor Michael E. Papka, director of ALCF, said: “These projects promise to represent the scientific community at its best. The breadth of scientific discipline and diversity of method this year’s allocations encompass — not to mention the dedicated researchers whose efforts will propel this work — demonstrate the power and potential of leadership computing systems to accelerate discovery as we transition into the exascale era.”

No comments to show.